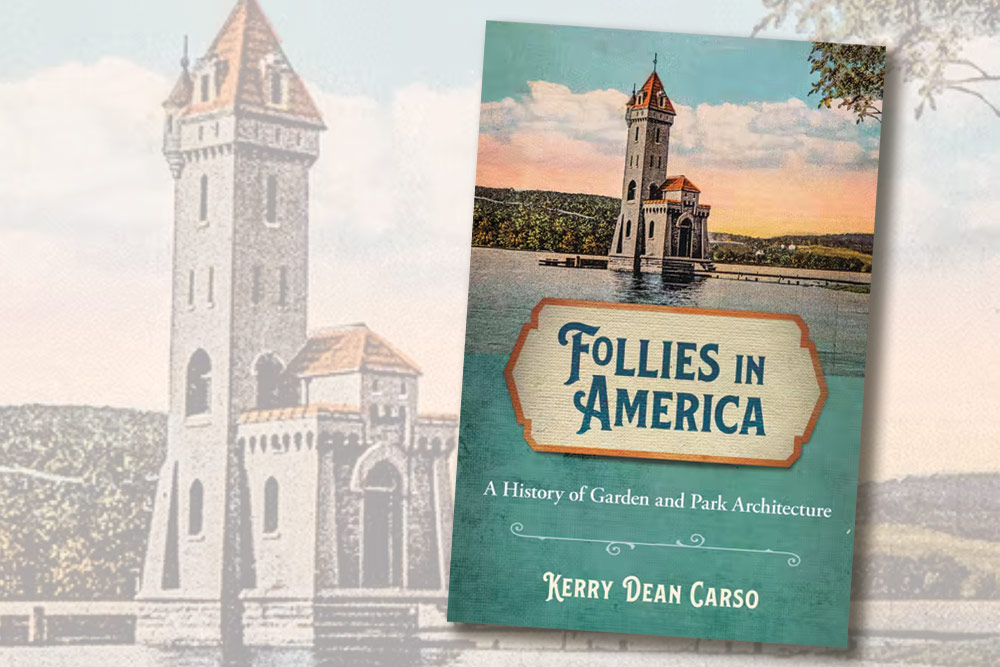 Follies in America: A History of Garden and Park Architecture

In this illustrated lecture, Kerry Dean Carso will examine historicized garden buildings, known as “follies,” from the nation’s founding through the American centennial celebration in 1876.

In a period of increasing nationalism, historicized garden buildings—such as temples, summerhouses, towers, and ruins—brought a range of European architectural styles to America. By imprinting the land with symbols of European culture, landscape gardeners brought their idea of civilization to the American wilderness and helped define gentility in the young nation.

After a discussion of nineteenth-century American follies, Professor Carso will discuss the outbuildings at Grey Towers in light of the folly tradition.

A reception will follow around the Finger Bowl.
Professor Carso will be available to sign copies of Follies in America: A History of Garden and Park Architecture.

If this event sells out, ask to be placed on the waiting list.