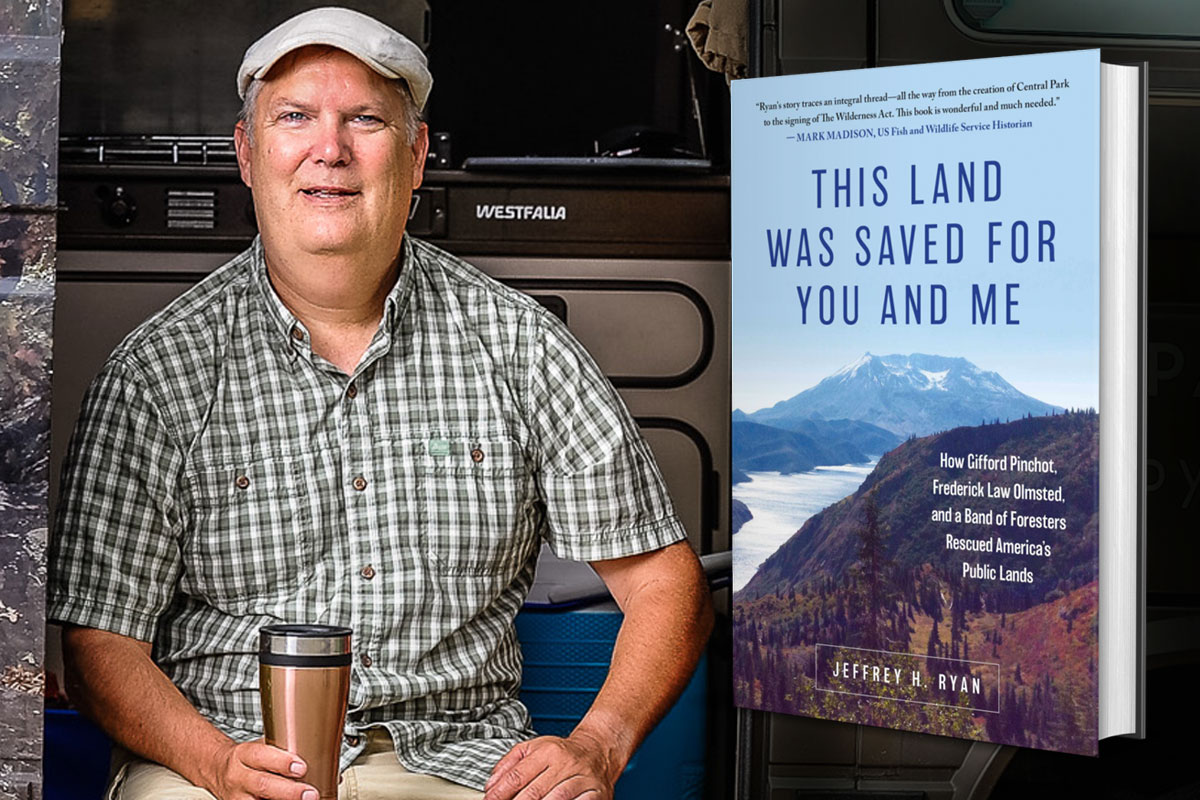 In connection with the Readers and Writers Festival, GTHA will host a presentation by Jeffrey H. Ryan highlighting his newly published work, This Land Was Saved for You and Me: How Gifford Pinchot, Frederick Law Olmsted, and A Band of Foresters Rescued America’s Public Lands.

In it, he covers the nearly century-long period between 1865 (when Olmsted contributed to the creation of Yosemite as a park and created its management plan) to the signing of the Wilderness Act of 1964. Olmsted influenced Gifford Pinchot, who became the first head of the National Forest Service, and in turn, hired foresters who became the founders of The Wilderness Society.