Laurel Hill Burial Ground is a short walk north of the amphitheater. It can be reached via a path from the visitor’s parking lot, or down an incline and left of the “Bait Box.”

It was Milford’s first cemetery. The oldest grave dates to 1810, the name of the person buried there cannot be determined due to deterioration of the headstone. The cemetery was the burial site for many of Milford’s early residents, including several generations of the Pinchot family. Other prominent family plots include the Quick, Bowhanan, Gooding and Cross families. Because of space constraints, and a growing town population, Laurel Hill was gradually displaced by the formal Milford Cemetery, which was dedicated in 1868.

Over time care of the gravesites decreased and the cemetery fell into disrepair. A large number of hemlock trees grew among the headstones. Chemicals released by the trees, as well as, mosses and lichens flourishing in the shade the trees provided accelerated disintegration of the stones. Additionally, the sandy, loamy soil could not hold the roots of these large trees, causing several to fall on and damage several headstones and the iron fencing that surrounded family plots. 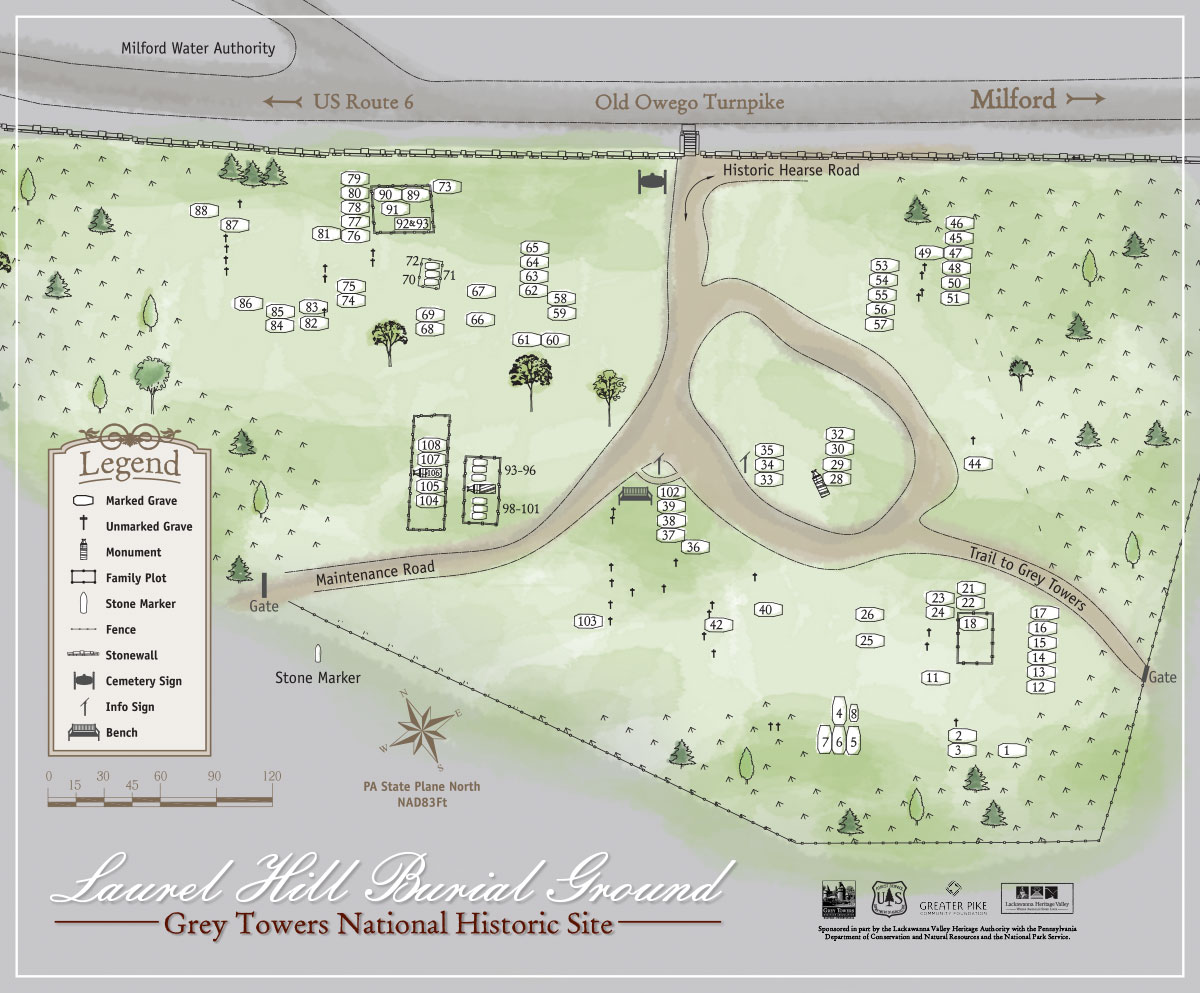 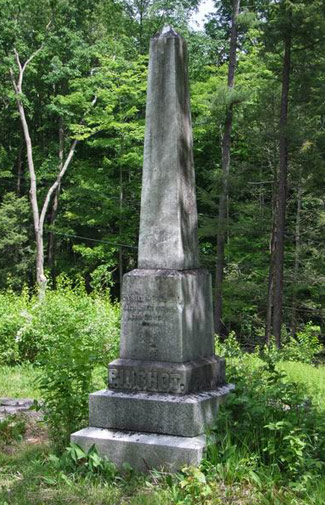 The U.S. Forest Service, in partnership with the Grey Towers Heritage Association and several corporate sponsors, has respectfully worked to restore Laurel Hill Burial Ground. The most dangerous trees have been removed.

There are on-going efforts to clean and repair headstones and family plot fencing. And, plans to smooth the surface of the cemetery and plant low-maintenance meadow grasses similar to those that would have grown on the site during the mid-1800s.

Laurel Hill Burial Ground provides a snapshot of what it was like to live in this small riverside community during the 19th Century. It shows the relative status of families; some had elaborate headstones and monuments, others were quite simple. Many headstones contain artwork and religious symbols frequently used on memorials during the period. Several headstones show the harsh effect of disease on children during the age.

A Walk Through Time

Time permitting, a walk through Laurel Hill will deepen your understanding of Milford, and the role the Pinchot family played in its development. You can view/download several documents to make this walk more informative.

Read the tragic story of the Kircheis family children >>

Laurel Hill Burial Ground Brochure >> (PDF)
A brochure that provides background information on the cemetery, and discusses the way it has changed over time.

Pinchot Family Legacy Wayside >> (PDF)
A document that traces the members of Pinchot family that are buried at Laurel Hill Burial Ground. 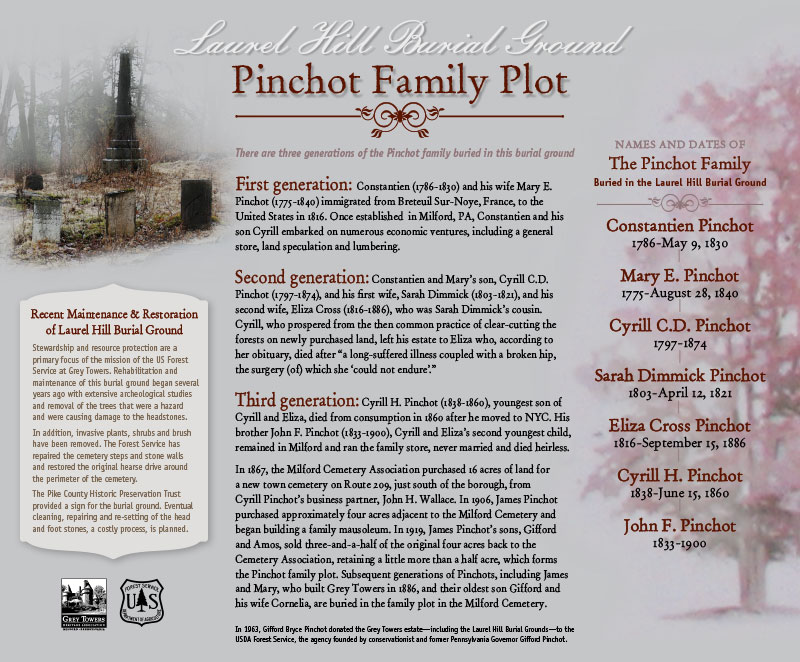 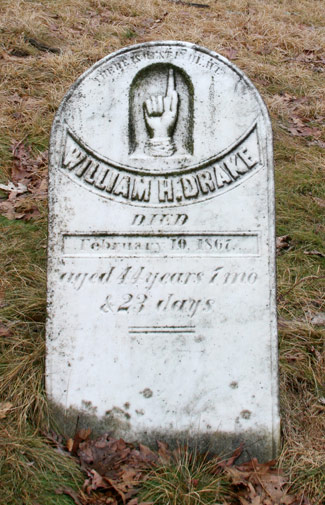