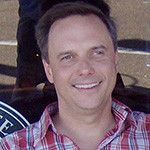 I am honored to serve as a Scholar-in-Residence at Grey Towers and am grateful for the staff and members of the Grey Towers Heritage Society and their courtesy, generosity and helpfulness during my time here. I first visited Grey Towers about fifteen years ago when, as a historian for the Pennsylvania Historical and Museum Commission, I was charged with writing a history of Gifford Pinchot’s governorships. That work resulted in an article entitled He, On the Whole, Stood First: Governor Gifford Pinchot that appeared in Pennsylvania Heritage. I always knew I’d be back. Thanks to the Scholar-in-Residence program I’ve now had the opportunity to focus on Cornelia Pinchot and, specifically, her speeches.

As her papers at the Library of Congress make clear, Cornelia spoke to sundry organizations before, during and after her two terms as Pennsylvania’s First Lady. Her outspokenness on labor and women’s issues stand out as her most passionate causes. Cornelia was fearless in the public arena.

For instance, on a swing through Western Pennsylvania steel towns in the fall of 1933, she — as First Lady — was denied the right to speak publicly in Vandergrift, one of the Commonwealth’s infamous ‘company towns.’ Not to be swayed, she spoke to a crowd of several thousand steelworkers from the second story window of the offices of the Amalgamated Association of Iron and Steelworkers (the union occupied the second floor of a downtown bank building). In this speech she impassioned that it was critical for workers to band together and unionize for better wages, safer working conditions and as a guard against “company tyranny.” Similarly, she spoke to steelworkers in Braddock where the mayor was quoted by a newspaper that “she’ll speak in Braddock over my dead body.” When she mounted the podium in front of an estimated 3,000, she referred to the mayor’s quote and said, “WELL, HERE I AM!” In the speech she went on to assail Andrew Mellon who controlled the Aluminum Corporation of America, had tens of millions in capital and “cared not for the average working person.” Unionization of the steel and aluminum industries was a must she said.

In sum, especially when it came to the issues affecting worker and women, Cornelia was well ahead of her time. She was passionate, cared not that she might offend the powers that be and paid little regard to the dominant narrative of the time that women shouldn’t take-on such a public role.

My research on Cornelia’s speeches will appear in the summer, 2018 issue of the Journal of the Pennsylvania Labor History Society and the winter 2020 issue of The Pennsylvania Magazine of History and Biography. It has been a pleasure to be at Grey Towers engage in research and to enjoy the solitude that it offers a scholar to write and synthesize the complex material that has been uncovered. It was also a pleasure to look through Cornelia’s papers at the Library of Congress. Much is there, most of it as of yet untouched.

My sincere gratitude one again to the staff at Grey Towers and to the Heritage Association. I especially want to single out staffers Lori McKean, Rebecca Philpot for their helpfulness, as well as Dianna Levine who provided me with several binders of newspaper clippings on Cornelia’s speeches. These critical primary source documents led me to conduct further research at the Library of Congress and to hone-in on Cornelia Pinchot’s role in the public arena.

“The First Lady in Red: Cornelia Bryce Pinchot and American Labor” that appeared in the 2018 edition of “The Pennsylvania Labor History Journal.” The article highlighted her speaking tour of western Pennsylvania steel towns in 1936 and 1937.