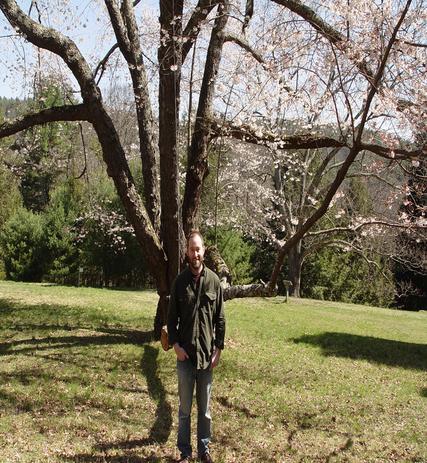 My dissertation is a biography of Floyd Dominy, who served as commissioner of the U.S. Bureau of Reclamation from 1959 to 1969. Under his direction, the agency built several major dams and dozens of smaller water projects throughout the American West, each with profound environmental and social consequences. Dominy was unapologetic in his desire to use reclamation projects to settle the West in the postwar era. This did not endear him to his contemporary critics, and he has not fared well at the hands of environmental historians either. These critics have portrayed Dominy as an empire-builder intent on defacing the West’s most spectacular scenic areas. Alternately, he is viewed as an enabler of environmentally destructive agribusiness.

My tentative argument, however, is that Dominy was actually the last in a long line of government conservationists like John Wesley Powell, the Roosevelts, and Gifford Pinchot. In this tradition, Dominy viewed water reclamation as a national concern above parochial interests. Like Pinchot, Dominy was no desk-bound bureaucrat. He travelled extensively through the West, talking with small-scale irrigators, local politicians, and civic groups. He also maintained an intimate relationship with many powerful members of Congress. For this reason, his career provides a unique window on social and political relationships in the West during the 1950s and 1960s. His public spat with Sierra Club leader David Brower in the late 1960s over proposed dams in the Grand Canyon recalls the well-known disagreement between Gifford Pinchot and John Muir over damming Hetch Hetchy. When Dominy and Brower both left their respective positions in 1969, the conservation movement was forever split between preservationist and pro-development forces.

“Without exaggeration, my stay at Grey Towers has been the most productive period of this project. While here, I was able to complete roughly one-quarter of my dissertation. A simple, quiet office may not seem like much, but the ability to “get away from it all” and focus on my writing for such a long stretch has been amazing. The well-maintained grounds and facilities have been an inspiration and I believe it has helped me to make stronger connections between two very different eras of conservation history. The Forest Service and Grey Towers Heritage Association staffs have been friendly and accommodating. They have gone out of their way to assist me with my research and the logistics of my stay in Milford. I cannot begin to express how grateful I am to have had this opportunity and I would highly recommend it to my colleagues.”