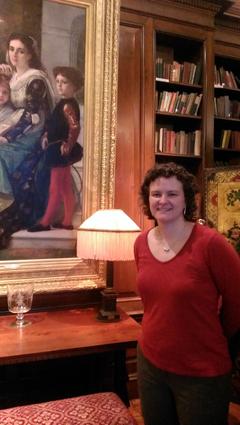 I am working on a history of Mineral King, a glacial valley nestled into the folds of California’s Sierra Nevada mountain range. Part of Sequoia National Forest for much of the twentieth century, at midcentury, the United States Forest Service (USFS) welcomed bids for recreational development in and around the basin.

In 1965, USFS administrators chose the Walt Disney Productions prospectus over five other ski resort proposals. Though the Sierra Club originally supported development of the valley, in May 1965, the club’s board of directors voted to overturn their stance and to actively oppose Disney’s plan for an all-year recreational facility.

“The Grey Towers Scholar-in-Residence fellowship has granted me an unequaled opportunity to advance my project on the history of the Sierra Nevada’s Mineral King Valley. Not only has the program afforded a stimulating work space to write and edit chapters, but it also has provided quiet time and space to think. For the first time in many months, I have been able to think through the thorny issues of my topic, re-vision chapter organization, and focus on the overall development of my project.”