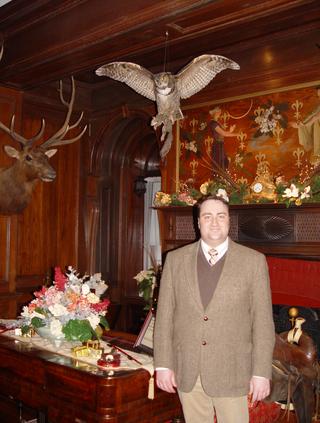 My dissertation examines the lives of young men who sought government careers within the nexus of regulatory governance and masculine identity during the first generation of professional American bureaucrats from the 1880s to the 1910s.

Whether working for detective bureaus in America’s burgeoning cities, protecting the prerogatives of state government in newly formed state police forces, enforcing the federal government’s arboreal rights on vast tracts of wilderness, or civilizing distant peoples in the Philippines all of these young men faced a similar job: they all worked to turn the law as written code into the law as an enforced reality.

To carry out this conversion within the Progressive Era, I argue, these young men were forced to contend with the fin-de-siècle tension of rugged, manly individualism and an increasingly rigid bureaucratic approach to the preservation of order. To mitigate this tension, I argue, educational institutions, bureaucracies, and consumer outlets created a fantasy of government careers as patriotic adventures for rugged enforcers of order.

PhD received 2016 (title of dissertation: Uniforming the Rugged: Gender, Identity, and the American Administrative State During the Progressive Era, 1898-1917).

“Through the generosity of the Grey Towers Heritage Association, I spent two wonderful weeks working on my dissertation in the rooms once roamed by a central character of my narrative of government employment during the Progressive Era. During my tenancy of the north tower, I put together the many individual narratives I have uncovered in various archive holdings into the story of the first generation of professional government enforcers in the United States. Whether working in the tower or wandering the estate, my time at Grey Towers allowed me to gain a perspective on it all—on a year of research, on the years of study, and on the history I am attempting to narrate. I may not have found any answers in the roar of the Sawkill or the babble of the Valentine, but I gained a valuable perspective on my project.”