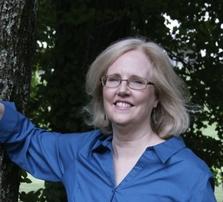 My research focuses on the 1907 Yale Forest School summer camp at Grey Towers, attended by future conservation leader Aldo Leopold. The year was pivotal in progressive era conservation, including that spring’s expansion of the national forests by Theodore Roosevelt and Gifford Pinchot in the face of escalating dissent from western ranching and mining interests. For 20-year-old Leopold, a first year graduate student, the camp offered his first extended fieldwork in his new profession, scientific forestry. 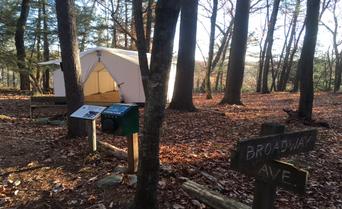 The school had been established only seven years earlier by the Pinchot family, alarmed by the nation’s shrinking forests and determined to assure sufficient supply of trained foresters to reverse the destruction. Along with funds for classrooms and faculty in New Haven, the Pinchots provided tents, a schoolhouse, library, clubhouse, and 200 acres of land for fieldwork and the nation’s first forest experiment station in Milford. In 25 years of operation, the camp educated about 500 forestry students, many of whom assumed leading roles in the conservation movement. While practicing the fundamentals of land surveying, map-making, silviculture, and forest mensuration, Leopold and his young classmates bonded together as pioneering professionals who would shape conservation in ensuing decades and continue to influence our understanding of sustainability and environmental ethics.

Grey Towers National Historic Site will benefit from the project though the production of an article or brochure for children that can be used by educators or children on family visits. While engaging students in the daily life of Aldo Leopold at forestry camp, the article will introduce students to 19th century forest use, the origins of forest science in the U.S., the Pinchot family’s role in establishing forestry education, and the conservation legacy of Gifford Pinchot, Aldo Leopold, and their contemporaries.

From my first day at Grey Towers, my reactions echoed Aldo’s in his first letter home from Milford (July 4, 1907). Aldo reported that “anything in mere words would be too tame to really express what I think about it…I am honestly afraid to try for fear of seeming too gushy.”

Warmly greeted and installed in the scholar’s tower, I reveled in troves of resources about the Yale camp and early forestry education. Leopold wrote of timber estimating, “It is the most interesting work I have done,” but I would be referring to pouring through historic photos and conversing with expert staff about camp history, the Pinchot family, and their commitment to progressive era ideals. Perhaps the one thing more satisfying was heading up the trail to the revival campsite and imagining what Leopold and his classmates experienced in the oak-and-chestnut woods they paced and measured in 1907. Though I missed out on some of Leopold’s highlights—songs around a campfire, baseball games with the town team, and swims in the Sawkill—I will always agree with his assessment: “Most of all I am pleased with the spirit of the place.”

Dunlap, Julie and Susan A. Cohen, eds. Coming of Age at the End of Nature: A Generation Faces Living on a Changing Planet. San Antonio, TX: Trinity University Press. 2016.