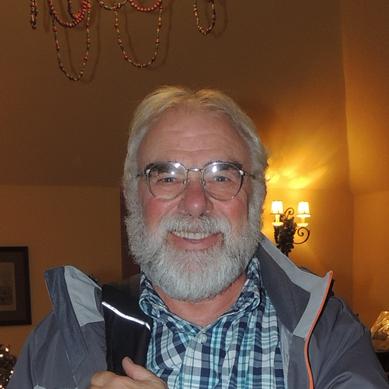 I currently live in Plymouth, NH with my wife Cheryl. Our two sons have graduated from college but live nearby. I teach one class annually through the University of Alaska Southeast and do a few flintknapping demos during the year. (For more information on my work Google my name, “Terry Fifield”, archaeology, NAGPRA, Caves, Alaska.).

The title is in flux. A description would be “The Tribal Relations, Partnership, and Administrative History of the On Your Knees Cave Archaeological Project and the Shuka Kaa Honor Ceremony on the Tongass National Forest (1992-2009)”. I’m attaching a paper prepared originally for a presentation to the 2008 Alaska Anthropological Association annual meetings. I have updated it a bit to reflect the events through reburial of the 10,300 year-old human remains recovered during the project.

This paper will give you a good idea of the project I am focusing on during this sabbatical. The specific products I am working on here at Grey Towers are (1) a case study describing the interaction of FS line officers and archaeologists during this project. The goal is to illustrate how forest supervisors and district rangers can support heritage specialists during sensitive projects, and conversely, how heritage specialists can be sure line officers are prepared and informed enough to be supportive. (2) An “Advisory Council for Historic Preservation Success Story” will describe briefly how we complied with federal laws as we proceeded through this project. And (3) a monograph describing at some length the flow of the research and consultation as it relates tribal relations, partnerships, and project administration. For me this third component is the challenge, the one that makes my head spin from time to time.

“I want to start off with a big THANK YOU to the Grey Towers Heritage Association for supporting the Heritage Scholar Program here at Grey Towers and hosting me since mid-October 2015 as I work on a summary of “Tribal Relations Efforts in Archaeology at On Your Knees Cave on the Tongass National Forest”. The Board Room Tower at GT is a great setting in which to arrange the files and memories of a very complex project that occupied a large part of my attention for over 12 years of my Forest Service career (1996-2008). It is wonderful, now in retirement, to be able to go back through the ups and downs of what ended up as a very successful effort and to ponder (maybe analyze) the challenges and solutions that led us to a final success. Hopefully by capturing the essence of those efforts here and presenting them in a variety of formats I will be able to leave an example of a way that worked for us and that may work for managers, researchers, and tribes in the future. Being at Grey Towers reminds me of the efforts made on so many public resource projects since the philosophical underpinnings of sustainable resource use, stewardship, and environmental justice were debated here over a century ago. Every once in a while I am reminded that good works are composed largely of modest and sustained efforts.”