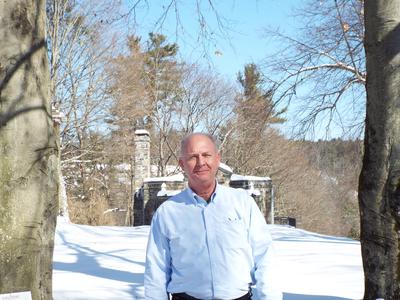 History often comes to us in many scattered pieces and sometimes it is for us to fit the pieces back together again in a coherent manner so we can understand how our past became our present.

The essence of my project is to chart over time with precise dates, full legal citations, and descriptions the administrative history of each of the properties that make up the land base of the National Forest System, This administrative history will include a carto-bibliography of Forest Service mapping. The maps form the essential illustrations that record these administrative changes over time. The proposed reference work is tentatively titled, Names, Boundaries, and Maps: A Resource for the Historical Geography of the National Forest System of the United States. It will be arranged as the Forest Service is arranged, by region, the first part of which, the Northern Region, is now nearing completion.

Two essays will introduce the reference work, one entitled, “Field Organization and Administrative History of the National Forest System,” presenting the main policies and themes that drove name, boundary, and lands status changes in the system over time, and another essay on “The Mapping of the National Forests” a subject far too long overlooked given the importance of the maps used everyday by foresters, fire-fighters, engineers, and the public. As Forester William B. Greely wrote in 1922:“Accurate maps of the national forests are essential to every activity conducted by the service.”

“It was definitely the quiet time of the year at Grey Towers when I spent my two weeks as the Scholar in Residence. The leaves were off the trees and snow filled the hills and meadows around the mansion house. While cold outside, inside was warm and welcoming. The staff made me feel that this was the place where I ought to be at this particular moment and I was referred to as “Our Scholar.” While there were meetings in the mansion by such groups as the Nature Conservancy, they seemed to fit right in with the spirit of the place. I thoroughly enjoyed my morning and afternoon walks between the gatehouse and the mansion as they bracketed my day perfectly. The staff allowed me to immerse myself in Gifford Pinchot’s home as I wrote about the Forest Service’s first 70 years and how it administered and mapped the enormous land base of the National Forest System. Spending time in the Pinchot library, I thought about how much time Gifford Pinchot, President Theodore Roosevelt, and Pinchot’s “Forest Arrangers” spent pouring over maps of the West as they created new national forests, and how Pinchot himself designed one of the most ambitious mapping projects ever undertaken by the federal government up to that time. In addition to their many other roles, these men were geographers in every sense of the word. I made great progress here in the quiet of the winter, but I can imagine that any time of year would be well spent studying and writing in the welcoming and supportive atmosphere of Grey Towers.”

I was a Grey Towers scholar in residence in the winter of 2014 where I wrote my essay on the Mapping of Our National Forests. With additional work at the Library of Congress from 2014 to 2017, I compiled a listing of the 327 men and women whose names appeared on Forest Service maps from 1905 to about 1965 when the practice of naming the cartographers by name on maps ended. This expanded (now 100 pages) essay has now been made available to the public via the website of the National Museum of Forest Service History in Missoula, Montana. On the very first page of the essay I have credited the Grey Towers Heritage Association for its support in making the essay possible. You can take a look at the essay here: https://forestservicemuseum.org/learning-library/

The Museum has also agreed to host the entirety of my research on the administrative and mapping history of the U.S. Forest Service. In addition to the essay on mapping, the web site’s “Learning Library” also has my essay on the “Field Organization and Administrative History of the National Forest System” and the first of 9 “Regional Chapters” on each of the 9 Forest Service regions, in this case Region 1, the Northern Region. The Regional Chapters are the heart of my research project. I am now preparing Region 2, the Rocky Mountain Region for uploading onto the web site.

I am hoping that adding these pages to the Museum’s website will make it an important if not essential destination for people involved with the history and cartography of the Forest Service.