Hemlocks grow best in cool, moist environments and are often found along streams in mountain valleys where they keep water cool for trout and other aquatic life. At one time whole hemlock forests were devastated for the tannin-rich inner bark that pioneers used to tan leather.

This tree species can reach an age of 600 years, but today it is threatened by the hemlock woolly adelgid—a sap-feeding insect that was introduced from Asia. The presence of the woolly adelgid is indicated by their egg sacs, which look like the tips of cotton swabs and are found on the undersides of affected needles. The normally shiny, dark green needles turn grayish-green, and the tree eventually dies. 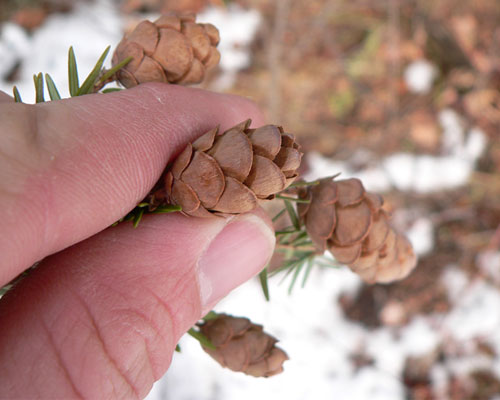 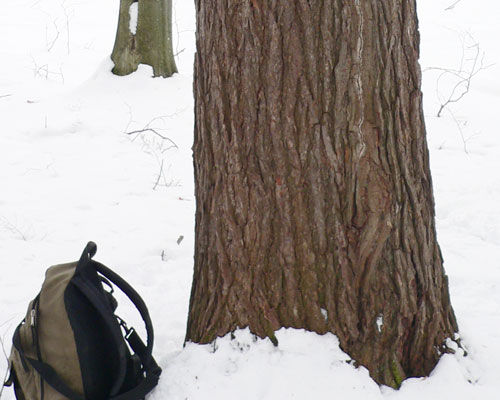 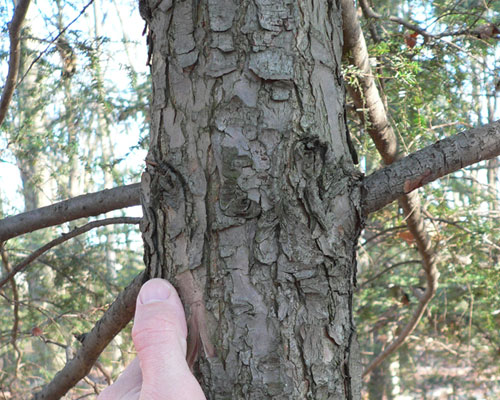 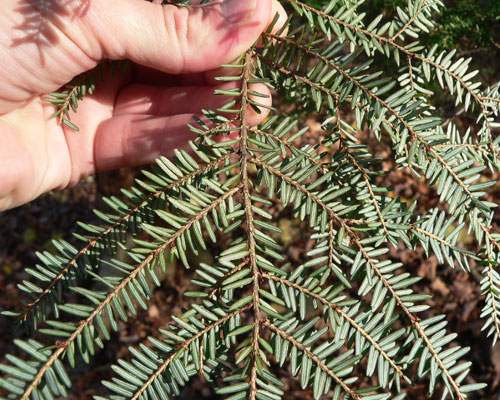 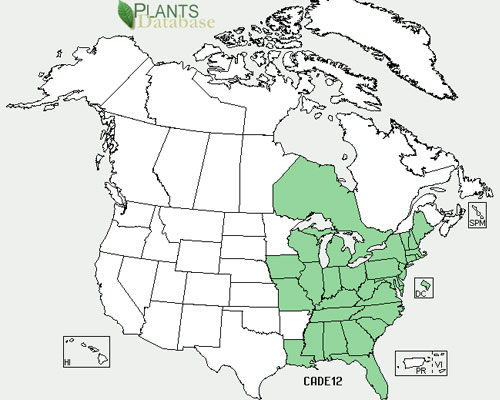 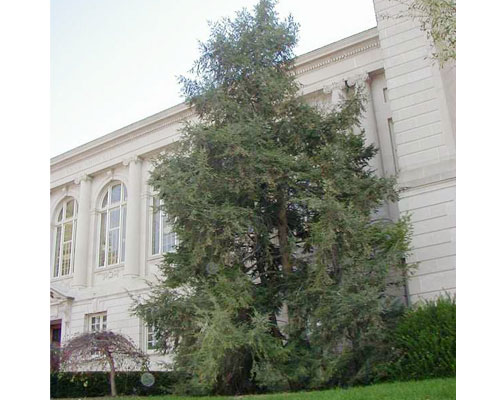 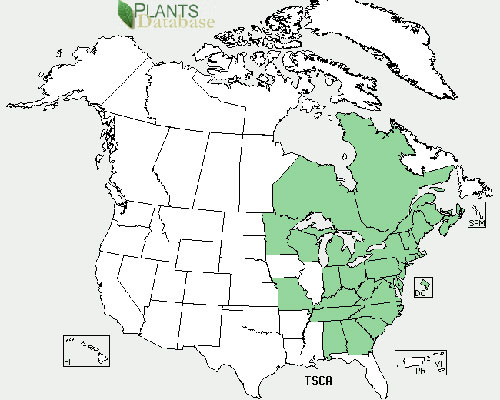